“A mentor from Expertrons who looks at his life as a story where we learn about the world and ourselves at every new chapter”, Meet Abhinav

Expertrons > Blog > general > “A mentor from Expertrons who looks at his life as a story where we learn about the world and ourselves at every new chapter”, Meet Abhinav 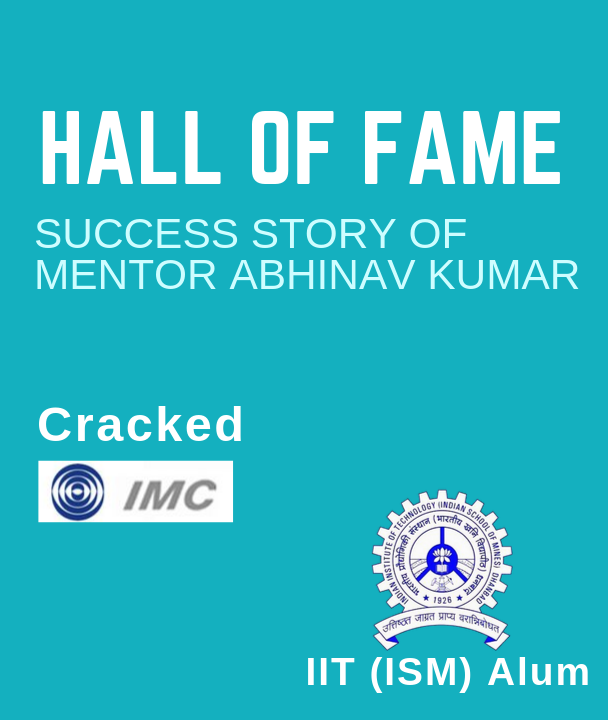 Abhinav, who moved to a boarding school in 2005, followed by studying in Durgapur and Dhanbad away from his home, started by sharing how staying away from home really helped him groom his personality and become a leader. He cherishes every moment of adventure during these years and his journey still continues.

He shared how he learned as a little boy in grade 6, that ‘You are your best teacher’ and since then has used his time to read books to learn more about himself and the world he is a part of.

If there is one thing his education experience taught him, it is to be a people’s champion, socially adaptable and to know how people behave and react, and to thrive with teamwork. He lives his life standing by the virtue of courage and always going an extra mile.

He believes that having the mental strength and hunger for success is what drives him to reach his goal. He constantly builds his repertoire of knowledge by reading books and the newspaper every single morning to stay connected with the events of the world. On the other hand, he also believes that the organizing ability of an individual is also an important component to achieve success. For this, he ends his day by writing down his plan for the next day and writing his diary.

Abhinav has been writing in his diary for 11 years now. He says that it is essential to know the world around you, but it is also essential to know yourself as a part of this journey. He captures himself and all his ‘magical moments’ of life, to at some point revisit them and see how he has grown and developed a vision for his future.

He shares about the last book he read, which is ‘Keep of the grass’, about a man who came to India to search for the meaning of life, and his experiences in Banaras. He learned that ups and downs in life will keep happening and it is not the events but how we respond to it that lay the journey of our life, from this book.

He looks at his life like a story. Every given point or juncture is a major plot point in his life. He believes his current reality is heavily affected by the plot points in his past, and hence any decision made right now can be a turning point for his future. He described himself as a storyteller and a calculated risk taker for these reasons. “ Every story has a beginning and I wish to create a story in this world”, he quotes.

He leaves the youngsters with a simple message to just ‘Believe in Yourself’ and keep trying, everything else will figure itself out.